Even though World War II happened in this era, the fashion industry was still able to bring some looks that still turn necks on a themed event today.

It is not wrong to say that it was this era when the hourglass silhouette made an entrance that is still popular today. One accessory made it a deal, and that was a belt, worn just right on the waistline that beautifully accentuated the chests and the hips, giving a feminine look while thinning the waist. 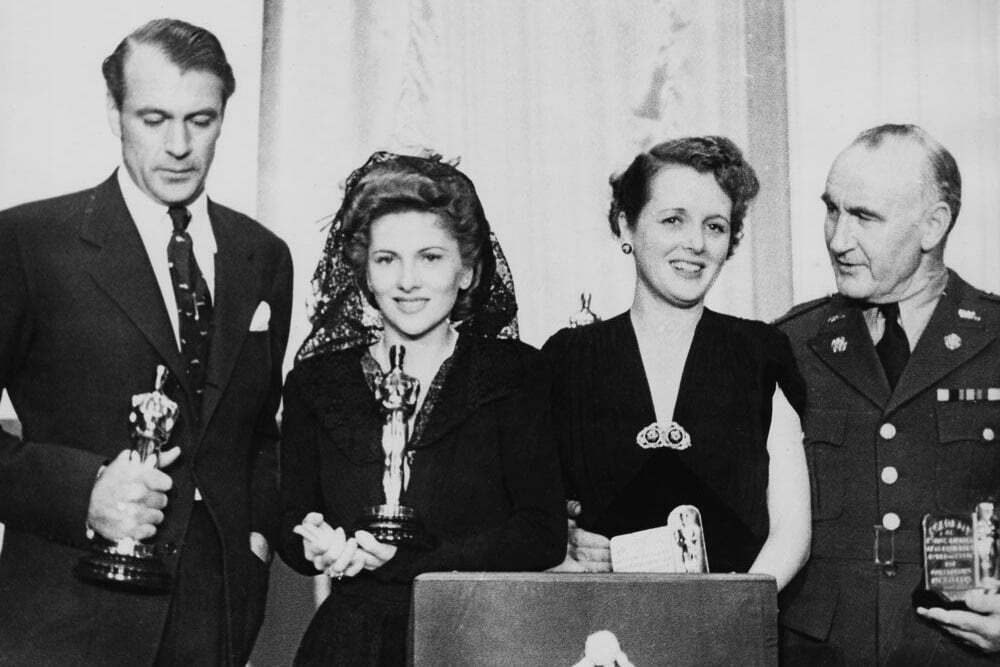 Oscars in the 1940s were all about taking glamour to the next level with a style that speaks out. Everything brings a sense of richness and luxury and that is why it is still remembered today. We will give you some highlights that will give you an idea about how 1940s ladies fashion looked like so you can get some inspiration that you can follow or just want to know out of curiosity.

Looks in the early 40s were all about describing luxury as much one could. So this look was mostly good going for people who belonged to the elite class. However, people from the middle class tried to pull off that look by dressing simple clothing having accentuated belts.

Fur coats, white colors, silk fabric, and floral patterns were the talk of the town since the Oscar ward of 1940. Every little detail ought to bring luxury and richness depicting from the whole outfit, and that was the whole point of the Oscars fashion of the 1940s before the war came.

When World War II came into existence, the guidelines were deliberately made to soften down the glamour depicted in the former years of Oscar. All stars turned to clothes that were understated having a sober color palette. In many cases, the actors chose to wear clothes that were made domestically in the US Rogers. A gray silk dress would definitely pull off this look quite well.

The overall theme of the 1940s ladies fashion was again practicality, convenience, and transformation just as similar to the World War I style era. Although the war lasted until the only mid of the 1940s, it made a huge impact on all industries, and the fashion industry was also one of the majorly impacted industries in this regard.

The glamour look was put on hold during the wars and replaced by black and brown dresses with a Gothic theme to what we refer to now. The sleeves and pants were full-length with a slim fitting, and the dresses were most looking like a uniform, with coats and drapes for added elegance and sophistication. It was indeed something you would want for a highly sophisticated party or Halloween. Many people confuse this look with a Gothic or vampire look, however, the real essence is to bring sophistication and graveness in respect for World War II.

Outside the red carpet, there are other looks too that stand out from the 40s. For example:

The 1940s ladies fashion was highlighted with skirts and waist-cinching jackets as the new look of the era. Not everyone could pull off that look in many years to come. Neckerchiefs and belted waists were the talk of the town.

The sailor style with an A-line dress having white stripes at the neck with a monochrome tone in red and blue was the real staple dress during the wartime.

Although everything was about bringing functionality and style both on one road, the key was to prefer local industries for a better economy.

Getting to know about 1940s style can be quite tricky, so you cannot label it under one umbrella. It comes with drastic shifts from being a lot glamorous to being dark and mysterious. However, you can go well with both ways if you stick to a style while considering all the patterns and the points associated with that style. It is always good to try all looks if possible to know which style looks the best on you and which style makes you feel the most comfortable and happy in.